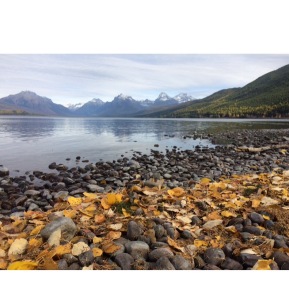 Processed with VSCO with f2 preset

I was given the opportunity to race in Missoula, Montana this past weekend for collegiate mountain bike nationals – I’d never been to Montana before and it was so beautiful. My teammates and I were able to sightsee at Glacier National Park because we arrived early, and the scenery was breathtaking. In Boone we don’t have any snow-capped mountains, and I didn’t even know that golden deciduous pine trees even existed.

After taking a day off with travel, we pre-rode the course on Thursday for the cross-country race. The course was beautiful but also one of the toughest that I have ever competed on. We tried to go at a nice warm-up pace, but it was 1400′ up in the first 4 miles! The course wound up the ski slope and crested at the top of the mountain, almost 5000 feet up before heading right back down the other side. The laps were only 6 miles, but they were brutal. My race was only 2 laps on Friday, but we started early on a chilly morning. The racers were all out on the same course at the same time, which made for some interesting passing throughout the event, but it all worked out. I was able to get into the woods first with the lead group, and stick with the top 4 all the way up the first lap. I moved from second place to third to fourth as my legs were screaming for a break, and we finally made it to the top. I tried to make up some time on the descent, but the women in front of me were from out West, and were used to fast and flowy descents from their home trails. As I came around for the second lap, I could see the 5th place Colorado Boulder rider inching up behind me. I didn’t want to get passed by another rider, and especially when that school was our top competitor in overall team points. I tried to stay in front of her but about halfway up the second climb she overtook me on a gravel road section. It was all I could do to hang onto her wheel and keep her in my sights. It was beginning to snow as we reached the top, and I was digging deep for my last bit of energy to stick with her until the downhill. She lost her balance on a root and I caught up, but she gained a gap as we began the winding descent. I was settling for 5th place and determined not to let anyone else pass lest I lose my podium spot, but right at the end of the course we came to some more technical drops and she hesitated. I was able to come around her with less than half a mile left to go, and I tried to ride as fast and as smooth as possible to the finish, sprinting in with disbelief after gaining back my fourth place.

After a great and exhausting race, I changed into my gravity clothing and pre-rode the dual slalom course and the downhill run. There were some conflicts with the downhill shuttle system because the venue didn’t have working lifts, so we had to get up to the top of the run in vans. This was problematic because a single shuttle ride would take 25-30 minutes, plus a 15 minute hike a bike section to get to the top where the vans couldn’t go. All of this delayed riders from getting their mandatory 2 runs in as quickly as possible, and poor road conditions forced USAC to only require 1 downhill run before seeding.

Dual Slalom was getting washed out in the wet weather, and constant rebuilding of the track combined with broken gates at the top created delays that affected the finals that day. Instead of finishing the brackets after the cross country, it was decided that downhill and dual slalom would take place Saturday instead, with short track moving to Sunday. We awoke on Saturday to this news, which was surprising primarily because we would be skipping the downhill seeding and doing an abbreviated course, but also because we would no longer have to prepare for short track that day. We arrived to the venue ready for gravity events, but halfway through the dual slalom brackets it was announced that the short track race was back on for that evening, and that the downhill course would be back to its original length. After a confusing hour of organizing and getting ready for a completely different event, it was an exciting challenge to have three races in one day and to go straight from my downhill run to short track.

I was worried that the schedule changes would affect my short track performance, since that is historically my strongest event and the gravity events are usually my weakest. I didn’t want to get hurt or too fatigued before my final race, but luckily I made it through with both wheels on the ground. I didn’t have very fast times in either gravity event, but I completed the courses as fast as I could and without crashing, so I was satisfied. As we lined up for the short track race that evening, a million worries were flashing through my head. Did I drink enough water? Eat the right things today? Will it get dark on us? Am I wearing too many layers? Should I have not focused on omnium this year? Will I blow up in the first lap if I sprint off the start? But as I stood on the line I tried to push these doubts away and focus on breathing as I visualized the start. I told myself that I would sprint hard off the start to get into the lead group and try to hang on for as long as I could until I got pulled from there.

The gun went off and I sprinted as hard as I could – I suddenly realized no one was in front of me and I was the leader into the woods. I could hear the announcer commentating on me and see my teammates cheering, but I kept pushing because I knew the pack of riders would overtake me at any minute. Lap after lap and I was still somehow in the lead, with riders on other teams and coaches from other conferences now cheering and taking pictures and shouting advice at me as I pedaled harder and harder. With only 4 laps to go, I was leading a four-person break from the pack, but I was fading. Coming up a gravel climb, the second place rider from Boulder attacked, and I couldn’t grab her wheel. She stayed a couple bike lengths in front of me until the singletrack, where she gained speed and seemed unreachable. I came out of the woods with three laps to go and saw that she had a mechanical though, and when she was back on her bike she was just within reach. I was running on empty and all the cheers and screams were blurring as I rode into the last lap and up with final climb with tunnel vision. I made it up the final lap ahead of third place and sprinted across the line in a tight finish. I was second by only three seconds, but it had been a great battle. Second place at collegiate nationals was the best result I’d ever gotten, and I was simultaneously thrilled for the place and hungry for a better result. It was a great experience racing against such strong and talented women, and it only made me look forward to pursuing a national championship in the future even more.

I came away with 4th in the overall individual omnium, and my team won 2nd out of all D1 Club teams. The trophys were really cool and we’re excited to be returning to Boone with some great results. Its bittersweet being done with my collegiate mountain bike career, and I’ll be forever grateful to App State and what the team has given me during my time here. 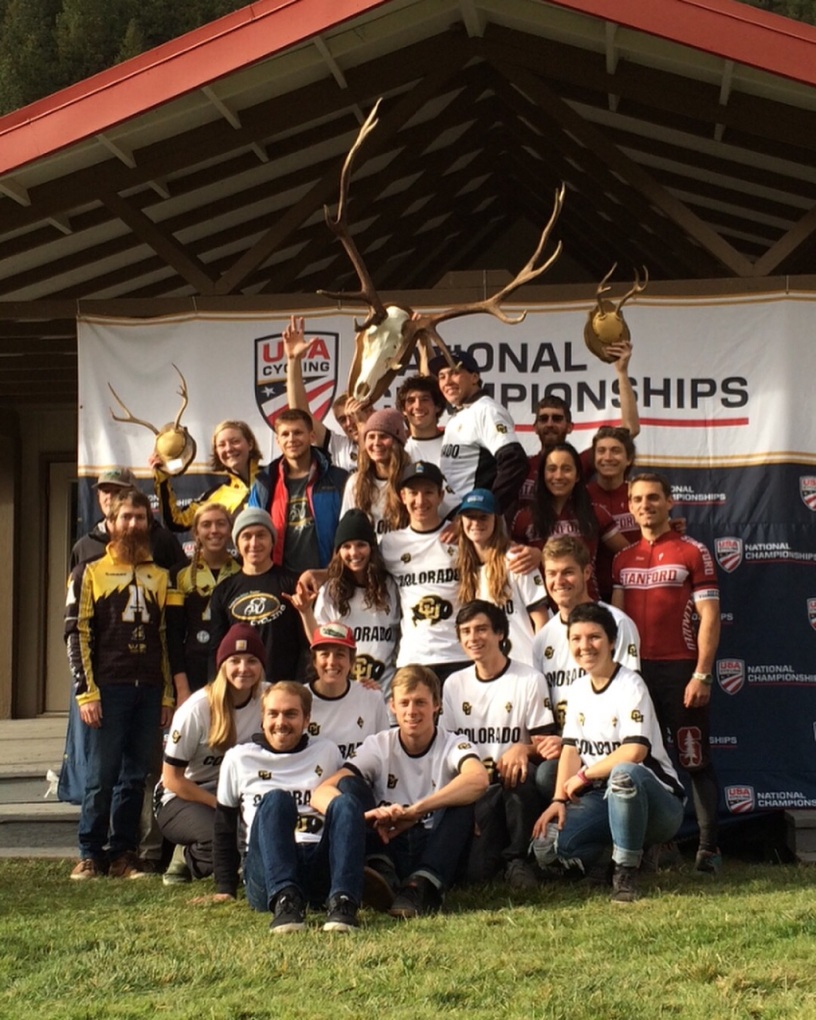